At a time when good policies can suffer because of divisive politics at the federal level, it is reassuring to know that we have reasonable and strong leaders in Delaware who are focused on addressing real issues and creating long-term solutions.

Ken Simpler is that kind of leader. It is because of the bipartisan, problem-solving approach that Ken has brought to state government during his first four years in office that Ken is being supported by individuals and organizations across Delaware and across the political spectrum. It is why the Delaware State Education Association (DSEA) and the Delaware State Chamber of Commerce (DSCC) have wholeheartedly endorsed him.

During his first term in office, Ken led his team to re-architect the state’s $2 billion investment portfolio. As a direct result of this work, these revised investment policies will generate between $16 and $20 million more per year in state funding.

Ken led efforts to overhaul the state employees’ $1 billion voluntary savings plan, improving investment performance and lowering costs for participants. These efforts will result in better retirement plan opportunities and resources for teachers and other state employees – saving them as much as $6 million per year.

As a former governor and Congressman, I understand the significance of these accomplishments – and the impact that they have on all Delawareans. The work of the State Treasurer’s Office is often highly technical and not always glamorous. It is for this reason that we need someone with the right experience in this position.

Ken’s previous 20-year career as an investment manager and financial officer made him uniquely qualified to serve as state treasurer when he first was elected four years ago. His success in the position during his initial term in office makes clear that we need him to continue on with the important work of this office.

There is much more work to be done. A second term as state treasurer will give Ken the opportunity to address the findings of a recent review of state government efficiency and accountability. Quite frankly, Ken’s ideas remind me of the work Pete du Pont and I used to do during our terms in the governor’s office that helped pave the way to Delaware’s AAA bond rating.

Ken is an impressive individual who was born and raised in Delaware. He graduated from Princeton and holds advanced degrees from the University of Chicago in law and business. He’s been married for 27 years to Elizabeth, and the two are raising three great children.

Throughout my years in public service, I have been honored to work with many great leaders, and I can tell you that Ken Simpler has the insight, the character, and the drive to provide strong leadership for our state’s finances.

I would urge all voters to support Ken Simpler in his re-election bid for state treasurer.

A former two-term Governor, nine-term US Congressman, Lieutenant Governor, Deputy Attorney General and State Senator, Mike Castle has always held a deep interest in financial services, healthcare and energy, and throughout his public life he has worked across party lines, building bridges and forming coalitions to find pragmatic, bipartisan solutions to some of the most pressing problems facing the country.

His extensive state and federal experience provides a unique understanding on a wide array of issues faced by businesses that are dealing with federal laws and regulations, are incorporated in Delaware or dealing with Delaware business entities. 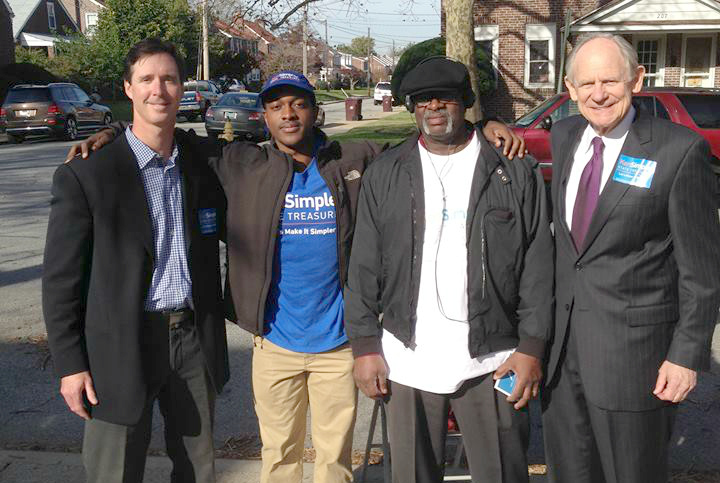 It is because of the bipartisan, problem-solving approach that Ken has brought to state government during his first four years in office that Ken is being supported by individuals and organizations across Delaware and across the political spectrum.

get emails from ken