“The Delaware Business Roundtable and the Delaware State Chamber of Commerce and its members strongly agree with Gov. John Carney – a Democrat – and state Treasurer Ken Simpler – a Republican – that Delaware needs to enact a constitutional amendment to smooth out the highs and lows of revenue projections and limit annual state spending growth.” – Bob Perkins (DBRT) and Rich Heffron (DSCC)

As Delaware’s highest-ranking elected finance officer, Ken Simpler played a critical role in defining the areas of Delaware’s fiscal policy that require attention and policy action. He made revisiting our revenue systems and budgeting framework an overarching priority. Ensuring that our resources are adequate and predictable while guaranteeing that we live within our needs and our means is fundamental to our long-term success and prosperity.

Reaching political accord on these matters is the subject of what Ken labeled a “Grand Bargain.” He spoke to groups and policymakers from up and down the state about our capacity to reinvent a budgeting system that is almost 40 years old on bipartisan terms. Framing a consensus as the means to operating our government with certainty and sustainability is one way to bring conservatives and progressives together in a spirit of bold reform.

If the Grand Bargain is best thought of as an accord over the way we manage our Income Statement, Ken also outlined another overarching deal – “GB2” – as it relates to our Balance Sheet. His idea was to address the concern that we under-invest in long-term fixed assets such as roads, bridges, buildings and other infrastructure by fundamentally revising the way we borrow and budget for capital expenditures.

As with our budget tests, the cap on our borrowings for capital spending is driven by a test that is decades old and effectively fixes annual borrowing at 5% of yearly revenue. This divorces the question of needs from that of means, and establishes a default rule that is not strategic in nature. A “smart” system involving active and professional management of our debt burden can be another area where members of both sides of the political aisle may find common ground. 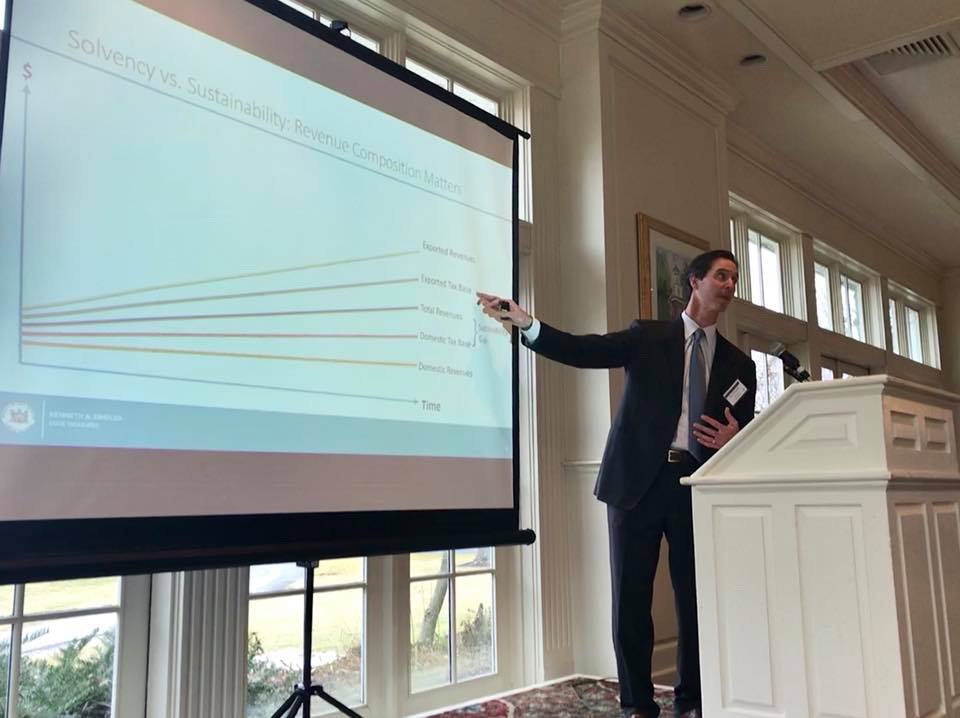 My highest function as State Treasurer is to take on long-term fiscal challenges that will ensure our prosperity as a people.

Join Us
DONATE
STAY IN TOUCH